You are here: Home / Uber-Guide / Who Are Uber’s Biggest Competitors

The influx of mobile communications and the rise of convergence technologies have totally modified the urban transport sector. Citizens and daily commuters no longer walk to the main street for taxi, bus, or metro rail rides. Uber has played a major role in this shift by unleashing an attractive mobile App for taxi-hailing at all times including the weekends.

The company had its share of ups and downs, bouquets and brickbats since the days of its inception with the now famous UberBLACK luxury service.

The taxi-hailing company has expanded to more than 60 countries, and consolidation in a booming market is impossible without healthy competition and prominent adversaries.

Ever since Uber started its aggregation business model in the year 2009, there has been a steady increase in tech-enabled services in the transport sector.

The global, national and local reach of some companies has progressed to the development of more refined and accurate software technologies, mobile communication, GPS tools, and internet access. 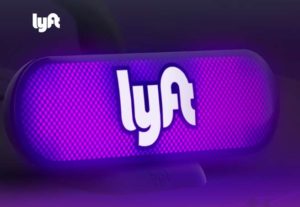 The international company has its headquarters in San Francisco, and it facilitates flashy rides in more than 200 cities around the world.

Lyft has a stylish app and the range of services include solo rides, self-driving car subsidiaries, ridesharing, and SUV luxury travel.

The company utilizes the autonomous vehicle technology and partners with other Uber competitors across the world such as Ola and Didi Chuxing. 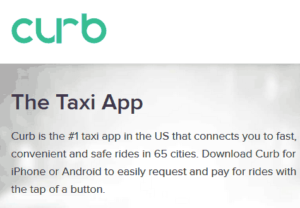 Curb has more than 35,000 cars in 60 US cities, and it emphasizes the importance of professionalism, insurance coverage, and fully licensed drivers.

The companies App has many interesting features such as location mapping, nearest driver details, instant and scheduled ride requests.

Curb accepts digital transactions as well as cash payments, and its partners number up to 90 cab companies. 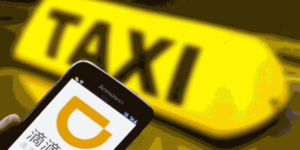 The Chinese taxi hailing giant has a whopping 87% of the market share in private car rides and its reach extends to more than 400 cities.

The company has completely trounced Uber by capturing a breathtaking 99% share in the ride-hailing market.

Didi has also partnered with Lyft and has a total equity funding that is valued at close to $13 billion. 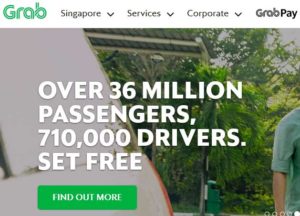 Grab has a cutting-edge Smart Phone App that integrates well with Google, Apple, Blackberry, and other mobile platforms. The ride-sharing company has Southeast Asian market as its primary base that includes countries like Singapore, Thailand, Malaysia, Vietnam, Indonesia, and Philippines.

The company’s objective is to ensure simple, safe, cost-effective, and efficient services for both riders and cab partners.

Grab focuses on mobile technology as the driving force behind a seamless integration of supply and demand requirements in the taxi or transport industry.

Ola is the Mumbai based online cab aggregator, and the company offers wide range of services including ride sharing, rentals, and outstation trips.

The fast-growing transport giant of India has raised close to $2 billion, and it has more than 40,000 cars in various Indian cities.

The attractive services of Ola include hourly car rentals and advance bookings. 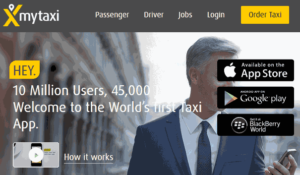 Mytaxi is a German company that offers superior ride-hailing and sharing services in around 50 international cities.

The professionally trained drivers and the high-quality cars have access to technology-enabled features that give them the competitive edge.

The latest press release from the ride-sharing company says that it is cutting down the fares in London.

Uber operates its tech-enabled taxi ride or sharing services in a large number of countries that are spread around the world. In addition, the company has to extend its operations in specific cities and locations or areas within these cities on the basis of different factors.

Uber attempts to maximize profits, while simultaneously ensuring the satisfaction of rider, partner and driver.

The challenges faced by the company include driver attrition, surge in prices, competitive interests, and negative market publicity.

Uber overcomes these adverse reactions through innovative features such as rider and driver ratings, GPS based security, cashless transactions, discount packages, and other technologically viable solutions.

The cross-national competitors are real and notable as their supporters and long-term financiers include large-sized tech giants and financial holding companies.